Noakhali District is bordered by the Comilla district to the north, the Meghna estuary and the Bay of Bengal to the south, Feni and Chittagong districts to the east and Lakshmipur and Bhola districts to the west. The district has an area of 4,202 km2 (1,622 sq mi).[4] The district represents an extensive flat, coastal and delta land, located on the tidal floodplain of the Meghna River delta, characterised by flat land and low relief. The area is influenced by diurnal tidal cycles; the tidal fluctuations vary depending on seasons, and are most pronounced during the monsoon season. On three sides of Noakhali an alluvial plain that is inundated annually and fertilised by silt deposits from the Meghna estuary. The swift currents that course down from the Himalayas carry rich fertile silt. When it reaches the Bay of Bengal the silt settles along the coast gradually forming new land called the “chars”. The district of Noakhali has actually gained more than 73 km2 (28 sq mi) of land in the past fifty years.[5] 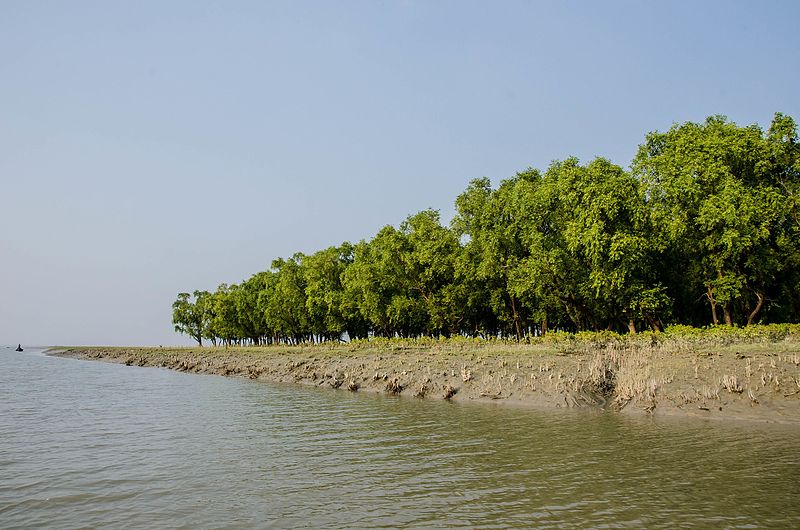